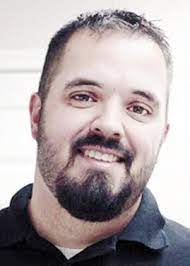 Austin Lewter was named Director of the Texas Center for Community Journalism in September 2021. He is an Instructor of Journalism and Broadcast at Tarleton State University where he also serves as the faculty coordinator of the Texan News Service.

He he is a native of Collinsville, Texas where he lives with his wife Jennifer, their four children, four dogs and a backyard flock of chickens.

Tommy Thomason was the founding director of the Texas Center for Community Journalism. Thomason began his career in journalism in the early 1970s with the Associated Press, working as a sportswriter in Arkadelphia and Little Rock, Arkansas. He has also worked in public relations in Dallas and as a copyeditor for several regional magazines.

Dr. Thomason has taught journalism at five universities and was at TCU from 1984 until his retirement at the end of 2019.  In 1987, he was one of the winners of a national Teaching Award in Journalism Ethics from the Poynter Institute of Media Studies in St. Petersburg, Florida. He was the founding director of the TCU Schieffer School of Journalism and stepped down from that position in 2009 to found TCCJ.

He has been one of the nation's most active researchers on the media's treatment of crime victims. His research has been presented at both regional and national symposia and has cited in The New York Times, The Los Angeles Times, Time magazine, Presstime and the Columbia Journalism Review.

Dr. Thomason was co-director of the first national symposium on crime victims and the news media, which was televised nationally on C-SPAN, and a symposium on coverage of sex crimes, Sex in the Media: The Public's Right to Know vs. the Victim's Right to Privacy.

He is the author of More than a Writing Teacher: How to Become a Teacher Who Writes, Writer to Writer: How to Conference Young Authors, Write On Target: How to Prepare Young Writers for Success on Writing Achievement Tests, Absolutely Write: Teaching the Craft Elements of Writing, Writeaerobics: 40 Exercises to Improve Your Writing Teaching, and Tools, not Rules: Teaching Grammar in the Writing Classroom, Writing for Media Audiences: A Handbook for Multi-Platform News, Advertising and Public Relations, "You Might Want to Carry a Gun": Community Newspapers Expose Big Problems in Small Towns and Race, Gender, and Stereotypes in the Media:  A Reader for Professional Communicators.

Roy J. Eaton is president and publisher of the Wise County Messenger, a newspaper he has owned and published for 39 years.

He began his journalism career as a part-time reporter for a Fort Worth radio station in 1956 following his freshman year at TCU. While still a student, he was named news director of the station in 1958.

The Messenger won more than 150 awards for excellence in news coverage, advertising and design, including 21 awards in the National Newspaper Association Better Newspaper contests in 2008. The Messenger won NNA's coveted "General Excellence" award for twice-weekly newspapers in 2005.

Eaton was elected to the National Newspaper Association board of directors in 1992 representing Texas, Oklahoma, Arkansas, Louisiana and New Mexico. He was president of NNA in 1996-97 and has also served as chairman of the NNA Postal and Membership committees.

He was presented the 2005 Ethics Award by the Schieffer School of Journalism. The award was presented "in recognition of a career dedicated to achieving and demanding the highest ethical standards in the profession of journalism."

Dr. Chip Stewart holds a law degree and a Ph.D. in journalism.  He teaches media law in the Department of Journalism at TCU and is associate dean in the Bob Schieffer College of Communication.

His journalism experience includes working as city editor of the Missourian. He is also a sports freelance writer and has worked as a sports public relations assistant at Southern Methodist University.

Stewart earned his law degree at the University of Texas and is licensed to practice both by the Texas bar and the Missouri bar. He worked as an attorney in Killeen in the late 1990s, practicing criminal, bankruptcy and family law. He also clerked in the Travis County Attorney's office.

Broc Sears has been involved with publications for more than  35 years. He a former senior editor for design and graphics at the Fort Worth Star-Telegram, where he and supervised a creative team of 35 editors, designers and artists who are responsible for the daily visual report of the paper. He currently teaches in the TCU Department of Strategic Communication and has also taught at UTA and SMU. He was art director of the Dallas Times Herald, the Dallas Morning News and University of North Texas Public Information Office.

He has been responsible for three redesigns at the Star-Telegram, the Dallas Times Herald in the mid 1980s and directed the redesign team of the Dallas Morning News in the early 1980s.

He has received recognition as an editor, designer, illustrator and art director by the Society of News Design, Council for the Advancement and Support of Education, Print Magazine, Society of Illustrators, American Illustration, Graphis, Art Director's Club of NYC, Associated Press Managing Editors of Texas and Dallas Press Club.

Robert Bohler has practiced, taught, or written about news coverage for more than 30 years, and many of the practical and professional lessons he learned early on in community journalism have continued to serve served him as a reporter for regional dailies, in teaching and advising student journalists and now in his coaching role with TCCJ.

At Texas Christian University, where he volunteered with TCCJ as a writing coach and in judging newspaper contests, students on the newspaper, magazine and online news staffs he advised earned more than 500 state, regional and national awards, and he is a member of the College Media Association’s John A. Boyd Hall of Fame.

Andrew Chavez is a computational journalist at the Dallas Morning News.  Before joining the News, he was a digital news application strategist for the Austin American-Statesman.

Chavez has won numerous college journalism awards for his reporting and photography. As a two-term editor in chief of the TCU Daily Skiff, the campus daily, his oversaw the development of the online presence of the DailySkiff.com web site, twice selected by SPJ as the top college news site in Texas and Oklahoma. Under his leadership, the newspaper's coverage of the controversy surrounding the Rev. Jeremiah Wright attracted national media attention.

He has also worked as a staff photographer at the Clovis (N.M.) News Journal and as a reporter for the Fort Worth Star-Telegram. Andrew holds an M.S. in journalism from TCU.

Dianna Hunt, law enforcement editor at the Houston Chronicle, is a former co-owner of the weekly Bosque County News. She spent more than 25 years at some of the largest newspapers in Texas before venturing into community journalism.

She has worked at The Dallas Morning News, the Houston Chronicle, the Fort Worth Star-Telegram and the Corpus Christi Caller-Times, covering a variety of government beats, including multiple City Halls, federal courts, public education and the Texas Legislature.

Many of those years were also spent as a watchdog/investigative reporter producing stories on racial profiling in the Houston area and throughout Texas, improprieties among nonprofits, failure of federal emergency funding to reach the neediest victims of a tornado, and problems within suburban fire departments in North Texas.

She moved into editing in 2001 to oversee the government reporters at the Star-Telegram, and later moved to the business department as an assistant business editor. She recently returned to reporting in a combined reporting/editing role.

She is a former board member of the Investigative Reporters & Editors organization, and is a member of the Native American Journalists Association. She received a bachelor’s degree in journalism in 1981 from the University of Texas at Austin.

Michael Sherrod has been a pioneer in the online world since 1985. At the Fort Worth Star-Telegram, he created and sold one of the world's first electronic advertisements to AT&T through an innovative video-text news service he helped manage. In his career Sherrod founded or co-founded 10 companies, including DigitalCity.com, as well as served in senior management roles at AMR Information Services, AOL, Ancestry.com, and examiner.com where he was founding president & CEO. He recently served as the first publisher of the paradigm-busting and highly successful TexasTribune.org, a non-profit, non-partisan media site covering Texas Government, politics and policy.

Sherrod is chairman of the board of Umbel.com, a web start-up that provides digital genome analysis for companies and brands. Additionally, Sherrod is chairman of the board of trustees of the Kinsey Institute, the world's leading research institute for sex, gender and reproduction. He is co-founder and director of Black Dove Media, LLC, a media think tank and experimental publisher devoted to developing new and innovative publishing models. He also serves as board member and adviser to a number of online organizations and is an author and frequent speaker on online, cultural and media issues.